Scrabble players know only too well how language changes. So, it’s no surprise to see slang terms in the words that Merriam-Webster added to the US Scrabble dictionary today.

For the first time, US players can use words like ‘twerking’ – to dance by shaking the buttocks. The dictionary now contains ‘ew’, as well, which means an expression of disgust.

Next year, the British version, the Collins Scrabble Wordlist, gets an update. However, the British list is already ahead in some words. According to this BBC news item, it added ‘twerk’ in 2015, along with’ eew’ (note: three letters).

The US ‘Ew’ is generating some Twitter chat because two-letter words are so useful. Check out this Collins Blog. It lists a range of two-letter words from ‘aa’ – volcanic rock made up of angular blocks of lava – to ‘zo’, a Tibetan breed of cattle.

But my personal favourite is ‘adze’, an axe used in boatbuilding. My father always managed to sneak it in and win quite a few games with it. 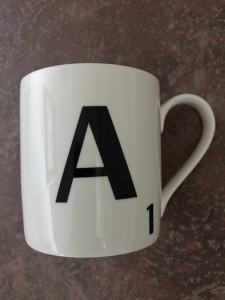 Only a score of 1 but the first letter of Adze, a very useful word in Scrabble

About the Author: Alison

Alison Harmer is an award-winning copywriter and editor on a mission to eradicate errant apostrophes and unnecessary capitals and hyphens. She's highly flexible, easy to work with and always delivers on time.