How have independent professionals, freelancers and contractors reacted to the summer budget? They have the budget blues, if the reaction of several trade organisations and associations is anything to go by.

“Three blows below the belt” for small businesses is how Chris Bryce, CEO of IPSE (The Association of Independent Professionals and the Self Employed), summarised the Chancellor’s announcements. 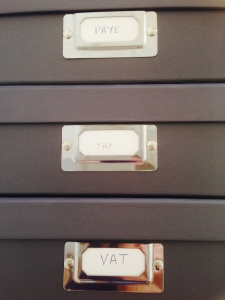 In the heat of the moment I found plenty to agree with in Chris’s disappointed reaction to the budget, but I’ve since concluded that I’m still better off running a small limited company than being a sole trader.

Chris cites George Osborne’s body blows as: reforms to the controversial rule IR35, new restrictions on travel and subsistence expenses on one-person limited companies, and changes to how dividends are taxed.

The three points are pretty much echoed in the blogs I’ve read from the freelance and contractor communities.

IR35 is, Chris argues, a flawed system of “separating disguised employees from genuine businesses”. He’s calling on the Prime Minister to ensure HMRC improvements lead to a fair system.

I don’t think there’s not enough detail in the budget to make a judgment yet. Even though IR35 doesn’t relate to my business, I’d have thought any reform of IR35 should be welcome.

Taking a slightly less disappointed stance to IPSE, the Freelancer and Contractor Services Association (FCSA) nevertheless called the budget “a mixed bag” and issued a separate blog on travel and subsistence expenses restrictions.

CEO Julia Kermode said there was no “rationale or justification” for delaying tax-relief on such expenses to contractors working under an umbrella firm. From April 2016 they will no longer be able to claim at source but will have to wait to claim through self-assessment.

IPSE and FCSA agreed that one announcement was a step too far: the abolition of the dividend tax credit and introduction of a new dividend allowance of £5,000.

Richard Gray of Boox, the online accountancy service for contractors and freelancers, agreed. He called changes to dividend tax “the first salvo in George Osborne’s attack on micro businesses”.

This means directors of small companies may pay more tax on dividends than under the current system. You can read more detail on this from the accountancy, tax and legal experts at Contractor UK.

So should I be regretting incorporation, as some of these organisations imply?

On the plus side of the budget, the Chancellor did reduce the rate of corporation tax (dropping to 19% in 2017 and 18% in 2020), and introduce a higher tax-free personal allowance, which I welcome.

And although incorporation may not be as lucrative as it was after these changes, it may still be worthwhile.

My adviser tells me that it’s probably still more beneficial having incorporated than my remaining a sole trader.

It’s about more than tax efficiency

There are also other considerations to take into account when looking at incorporation. Starting a limited company is not just about reducing your tax bill.

A business looks more established, people feel better about dealing with you – especially large corporates – and the limited liability aspect makes it officially a separate entity from you as owner.

The organisations I mention here are, of course, focused on their members and the specific impact of the budget on them.

Like all budgets, there’s an upside. The new living wage is a positive for workers, even if it’s a headache for companies paying the minimum wage.

About the Author: Alison

Alison Harmer is an award-winning copywriter and editor on a mission to eradicate errant apostrophes and unnecessary capitals and hyphens. She's highly flexible, easy to work with and always delivers on time.